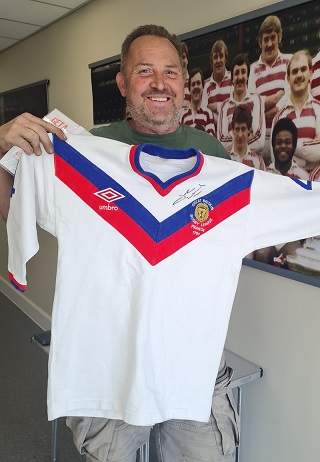 Congratulations to Wayne Houghton who won SuperLeigh’s Jubilee Draw. His was a signed playing shirt worn by Leigh legend John Woods  when he played for Great Britain against France at The Boulevard, Hull on 6th December 1981 alongside the late Des Drummond.  He also won a signed copy of the matchday programme from the same game. To keep up with other great prizes to win follow us on twitter @SuperLeigh13