Congratulations to Emma Thomason from Leigh who is the winner of our August promotion and wins a family ticket for this Sunday’s game against Widnes. Your prize can be collected from the ticket office on production of your membership card. Keep an eye out for our next promotion coming soon. If you wish to join SuperLeigh and take advantage of the offers available exclusively to our members please contact us by email info@superleigh.com calling Christine or Johnny on 01942 487892 or texting JOIN to 07715211087 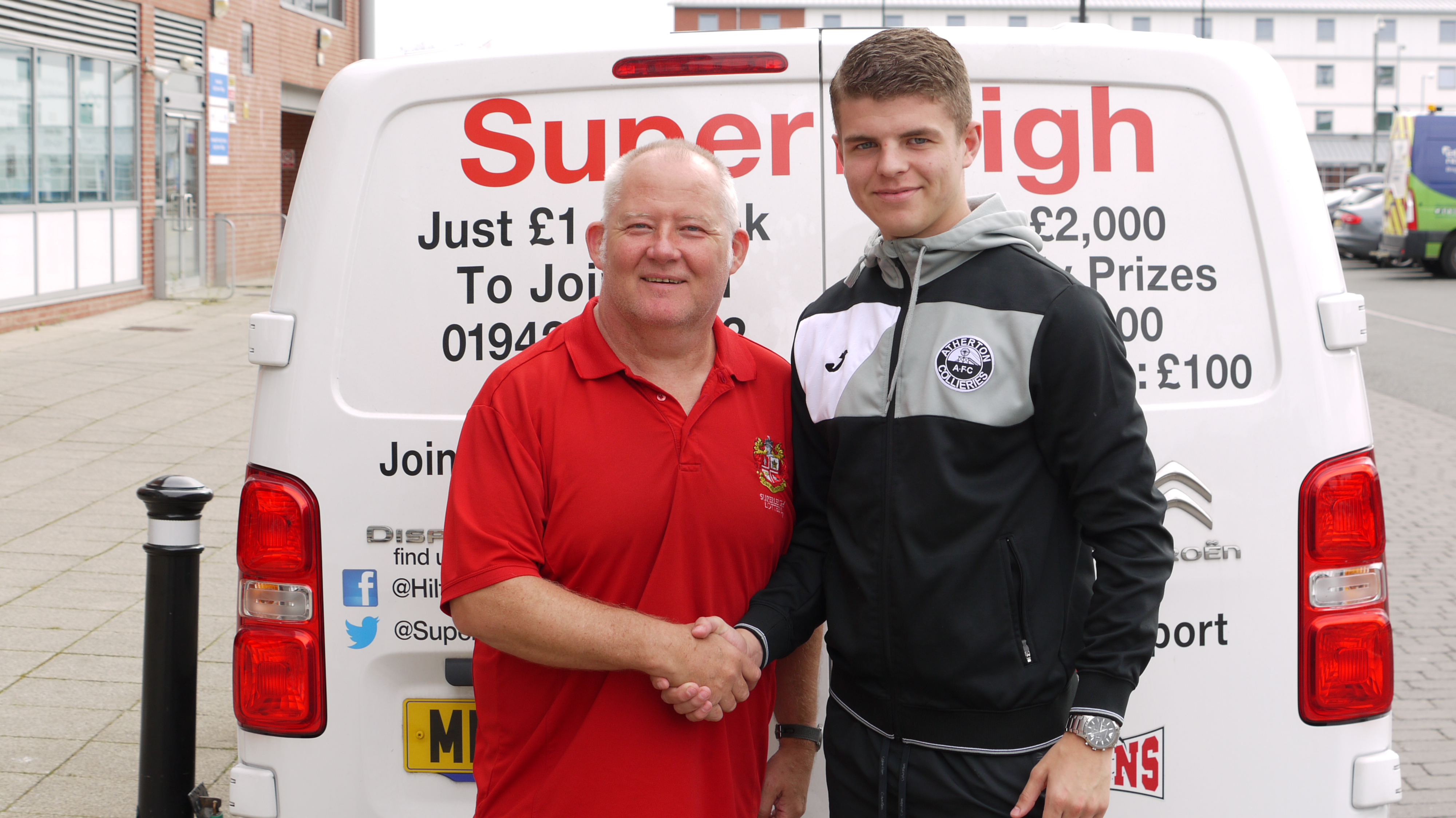 Join SuperLeigh for just £1 a week before 3pm on Thursday 31st August and you will be entered in to an exclusive draw to win a family ticket (2 adults and 2 children) for Leigh Centurions’ Super 8’s The Qualifiers fixture against Widnes Vikings at Leigh Sports Village on Sunday 3rd September 2017 (3pm kick off). The winner will be drawn from all new or additional memberships taken out before this point and will be contacted once the draw has been made.

Weekly subscriptions are available with one of our agents visiting your home address to collect your £1 a week, or alternatively monthly and annual subscriptions can be paid by standing order. More information is available by contacting SuperLeigh directly on 01942 487892, emailing info@superleigh.com or text JOIN to 07715 211087.

Almost £2,000 is paid out in prize money with each weekly SuperLeigh draw with prizes ranging from a weekly £1,000 jackpot and £200 and £100 winners down to thirty individual £5 consolation prizes, while members can also enjoy numerous discounts at a range of local businesses upon production of their SuperLeigh membership card.

For more information on where you can save money as a SuperLeigh member, click HERE or if your business is interested in joining the SuperLeigh Discount Scheme please call us on 01942 487892.

If you are interested in meeting new people while earning yourself commission then SuperLeigh are currently recruiting both canvassing staff and doorstep agents throughout the local area. Call 01942 487892 for more information.

Congratulations to our Week 17 winner Mrs Dawes of Leigh, who is £1,000 better off purely for paying £1 a week with her doorstep SuperLeigh Agent!

If you fancy the chance of being a winner like Mrs Dawes then simply call 01942 487892 or email join@superleigh.com and we can organise an agent to visit you or set up a standing order.

If you are interested in meeting new people while earning yourself commission then SuperLeigh are currently recruiting both canvassing staff and doorstep agents throughout the local area. Call 01942 487892 for more information.

They are a local company that offer a range of financial services from accountancy to self assessment.They are offering a 10% discount to all SuperLeigh members on a variety of services including book keeping, Ltd Company set up and tax services.We are delighted to have them on board and welcome them to an ever growing list of discount members making joining SuperLeigh a great way to support Leigh Centurions and help yourself along the way. If you wish to join Superleigh call 01942 487892 or email join@superleigh.com