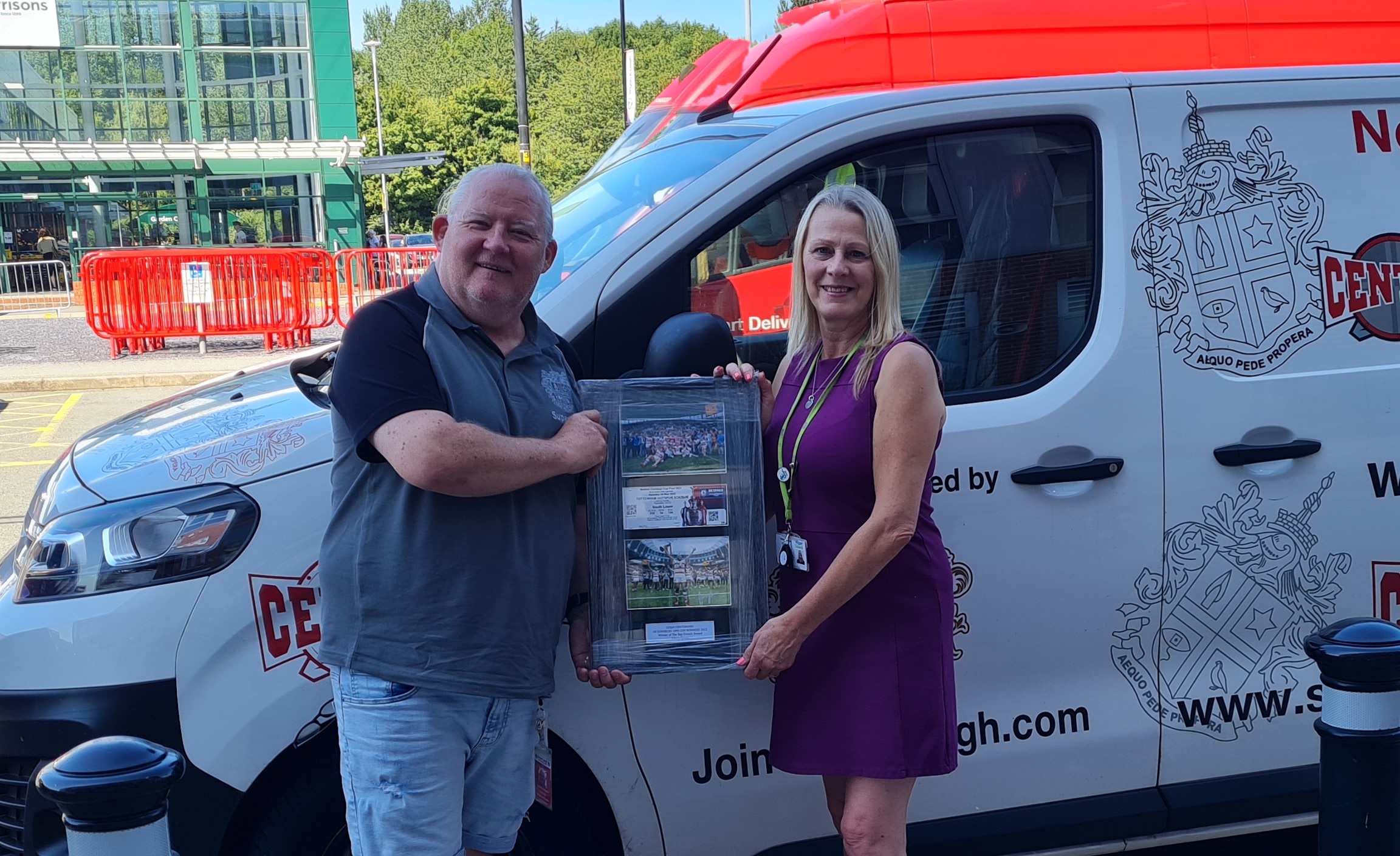 The Leigh branch of the RAF Association celebrates its 75th anniversary this year and to commemorate this there will be a fun day and fundraising event in Mesnes Park, Wigan on Sunday 21st August. It is promising to be a fabulous day with a Spitfire flyover, entertainment, stalls, an RAF Brass Band and other fun stuff. SuperLeigh were happy to help with a donation for a raffle and SuperLeigh Assistant Manager Johnny Simpkin is pictured here with Wigan Council armed Forces Key Worker Gillian Burchall who is helping organise the event. He commented, ‘I’m ex Army myself and anything we can do to help organisations such as RAFA is an absolute pleasure and we wish them all the best for the future.