As most of our members and supporters of Leigh Centurions will be aware SuperLeigh and the weekly draw was suspended in March of this year due to the Covid19 pandemic. It has been a difficult time for many businesses and likewise for us. We would like to make public our thanks and gratitude to Leigh Centurions owner Derek Beaumont who’s help and advice has enabled us to come through this difficult time in better shape than we could have imagined. Also to Simon Toon and Leigh Sports Village Company who’s diligence and hard work behind the scenes has provided a smooth and efficient return to work.

The draw will resume on the 18th September and we are looking forward firstly to the chance to re-engage with our members but also to the challenge of being able to steer SuperLeigh into the future and once again play our part in the advancement of Leigh Centurions. We are under no illusion what lies in front of us will be difficult but we are ready and willing to do whatever we can to support Derek and Head coach John Duffy mould Leigh Centurions into the Super League side we know that they are.

The part that you, the supporters play in this will be paramount this year and that has been shown by the numbers of you donating your season ticket money to the club. This has also been reflected by SuperLeigh members who have also done the same with their subscriptions, and it is due to this that we can announce that even though we have been in lock down we are able to donate £3,600 to Leigh Centurions. 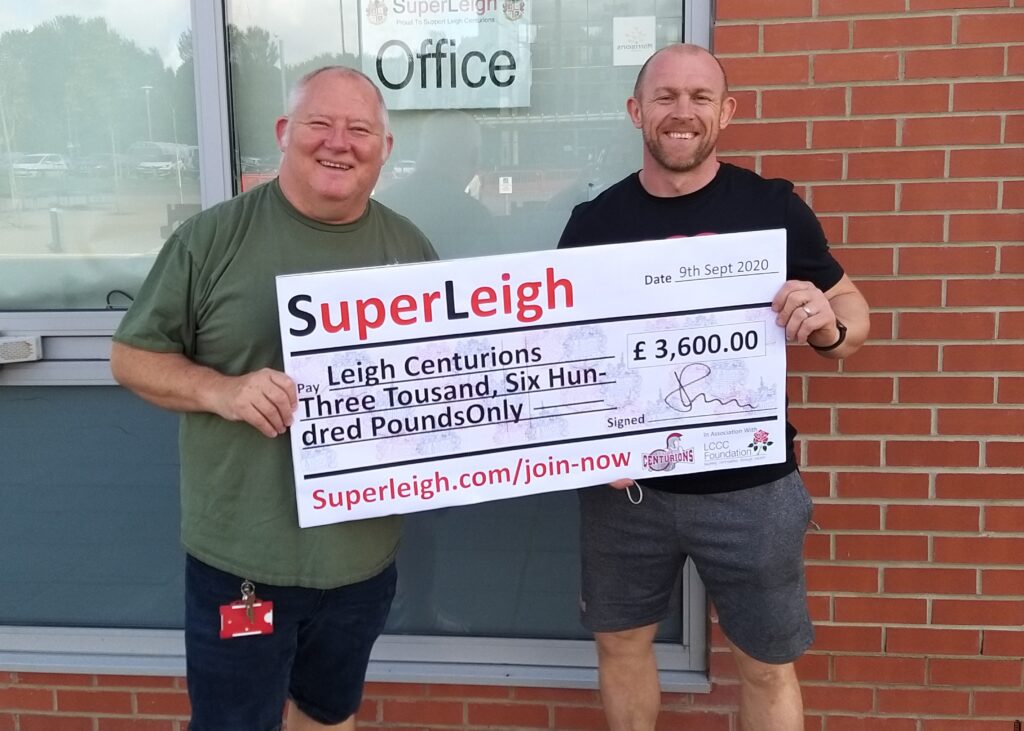 2 years ago we launched our Go-Cardless feature making it easier than ever to subscribe to SuperLeigh via Direct Debit. Due to the number of members joining this way we have generated over £7,000 during this time. Anyone wishing to join us this way can do so by simply visiting www.superleigh.com/join-now. Penultimately, a mention to our agents. The dedication, patience and commitment they have shown over the past few months has been a massive source of inspiration to us all and is something that will drive us forward.

Finally, a message to all supporters of Leigh Centurions. Please, please, please get behind John and the lads in any way you can. Be that by purchasing tickets, season tickets, merchandise or by joining SuperLeigh or LISA. Be safe in the knowledge that together we are stronger.
Visit WWW.SUPERLEIGH.COM/JOIN-NOW, CALL 01942 487892 or SPEAK TO YOUR LOCAL AGENT.