Ever since our recent appeal to help us grow our membership base with the ultimate aim of growing our financial support of Leigh Centurions, we have seen magnificent efforts from the club’s supporters to introduce new members to us or increase their current memberships, with many people doubling or even tripling their weekly entries which, needless to say, has been a huge boost to us and something that we can’t thank you enough for.

As has been the case throughout the club’s existence ever since the original lottery first came in to being in the 1970’s, Hilton Park Society – now better known as SuperLeigh – has always existed as a separate entity to the club, ensuring that we are able to provide the best support possible to Leigh Rugby League Club in its various guises over the years, be that Leigh RLFC, Leigh Bears or Leigh Centurions, whilst being able to stand on our own two feet, regardless of the club’s model or ownership.

Thanks in no small part to the support of our new and existing members along with the efforts of our partners at The Britannia, The Centurion, First and Last, The Boar’s Head and the Leigh Centurions Retail Outlet, in the last two weeks alone we have donated over £2,500 to Leigh Centurions to assist them in continuing to operate ahead of the start of the Betfred Championship Shield. 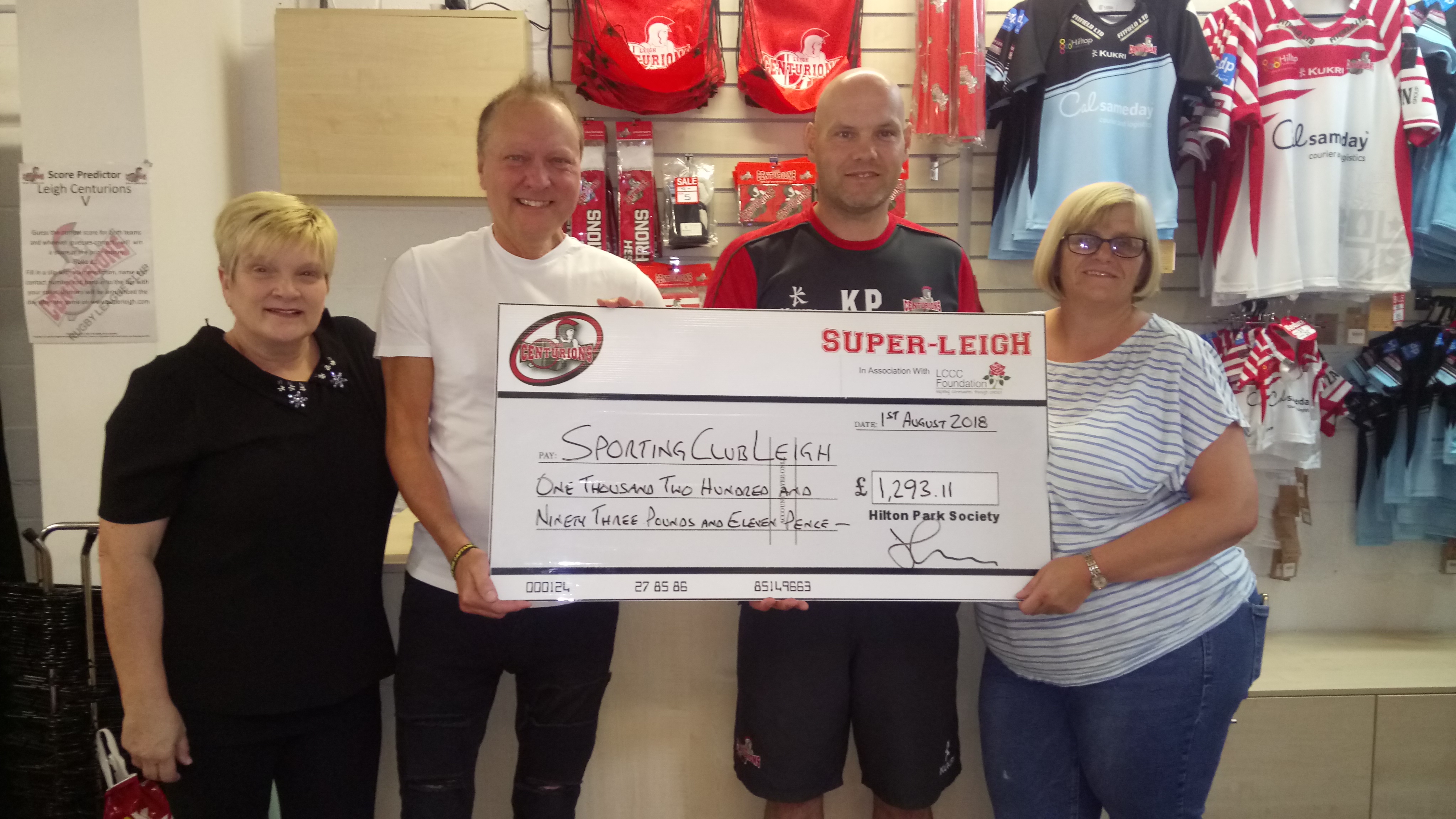 We are always on the look out for new members and door-to-door collectors and getting in touch with us couldn’t be easier, either call the office on 01942 487892 or email info@superleigh.com 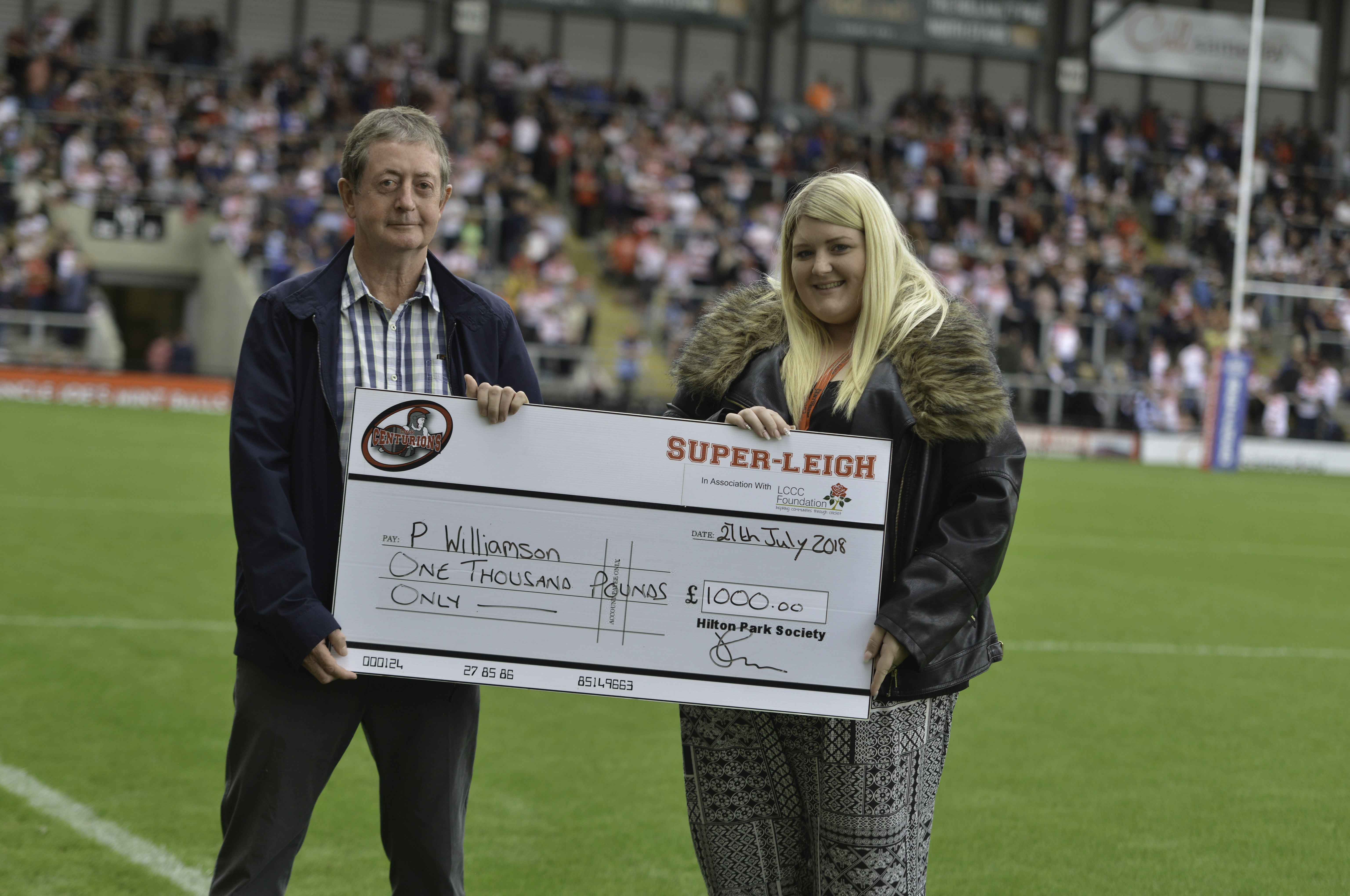 Don’t forget as well as helping Leigh Centurions you can be in with a chance to win a cool £1,000 just like week 22 winner Mr P Williamson pictured here with SuperLeigh agent Natasha Brown. Membership costs from just £1 per week and can be paid via a door-to-door agent or by standing order. Joining could not be simpler, you can either….