On Friday 9th November 2018, the Banqueting Suite at Leigh Sports Village will be the venue for an exciting murder mystery evening, based on a fictional end-of-season Leigh Centurions Awards Dinner, filled with intrigue, suspicion, and of course, MURDER!

As well as enjoying a delicious 3-course meal guests will be able to take part in a fully interactive murder mystery event, performed by 7 professional actors. During the course of the evening, guests will have the opportunity to interrogate the suspects, examine the evidence, and ultimately guess the murderer, with the winner receiving a ‘Star Detective’ certificate and a special prize!

Following a number of turbulent years at Hilton Park, chairman Brian Bowman has resurrected the club’s fortunes, and under the guidance of manager Kevin Ashcroft, Leigh Centurions have clinched the league title.

The whole town is in party mode, and there’s excitement in the air as supporters head to Hilton Park for the club’s end-of-season Awards Dinner.

Brian will be at the top table, alongside his wife Marion, to present the awards, and supporters are invited to join club officials, staff and players for a very special evening.

Fans will get the chance to meet John Woods, the club’s star player and leading try scorer, who is widely expected to pick up the club’s Player of the Year trophy.

Everything seems to be running smoothly at Hilton Park, on and off the pitch, and everybody connected with the club is looking forward to a memorable evening.

But things aren’t quite as they seem.

With cracks beginning to appear in Brian and Marion’s marriage, a simmering of resentment and jealousy amongst certain people at the club, and rumours circulating that the club is in financial difficulties, a series of unfortunate events and revelations will ensure it is indeed a memorable evening, for all the wrong reasons.

Could you uncover the truth…..

**Please note that characters are portrayed by actors and bear no resemblance in either appearance or behaviour to their real life namesakes and events portrayed are entirely fictional.** 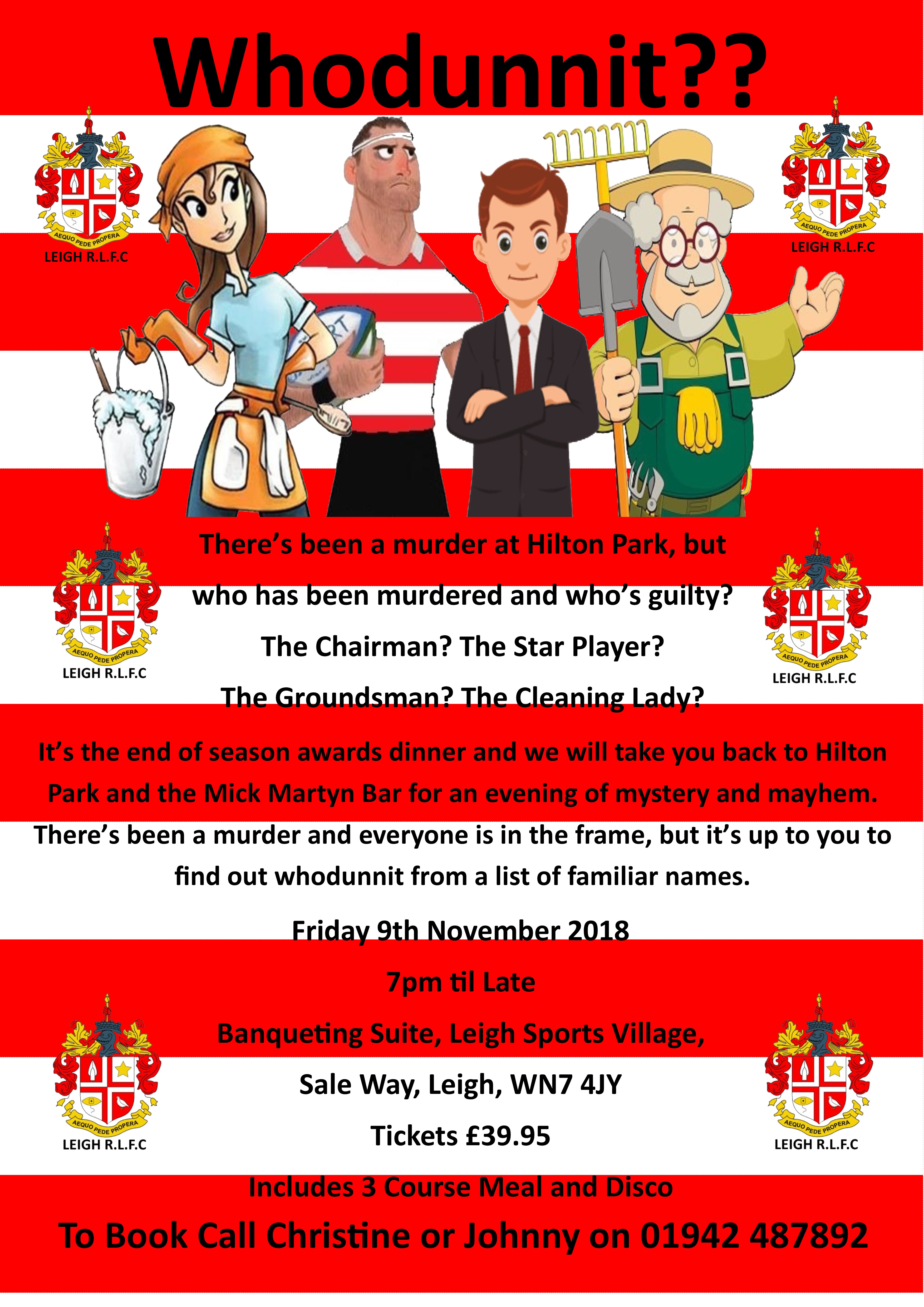