In relation to the delay of posting results from Friday’s draw SuperLeigh have issued the following statement.

During the past 6 months, both ourselves and our associates at Lancashire County Cricket Club (LCCCDA) have been on furlough and therefore unable to conduct any lottery work.

We at SuperLeigh have been back in the office since early September, working hard to make preparations with our members and agents to ensure that we would be able to resume our weekly draw as of Friday 18th September, whilst maintaining our commitment to raise as much money as possible for Leigh Centurions. In the absence of any Betfred Championship fixtures, this income is vital for the club and it is to the great credit of our members and agents that, in addition to donating £3,600 of ‘lockdown donations’, the first week of the draw’s resumption has seen our weekly fundraising match that of pre-lockdown levels.

Having been blown away by the positive response and efforts of our members and agents, it is unfortunate that LCCCDA have been unable to match these levels as they have been unable to access their offices due to ongoing cricket fixtures at Old Trafford, resulting in being unable to match their share of the prize pot. As such, LCCCDA took the decision to run with a reduced total prize pot of £1,000 for week 26, amounting to a single £500 jackpot winner and a further five £100 prizes.

LCCCDA have given us assurances that the total prize pot will rise toward the previous amount of £1,850 over the next few weeks as their agents return to work. Should this fail to happen then we will need to make further decisions with our members and Leigh Centurions being at the forefront of any actions we make.

Anyone wishing to join SuperLeigh and support Leigh Centurions can do so by visiting www.superleigh.com/join-now, call Christine or Johnny on 01942 487892 or speak to your local agent. 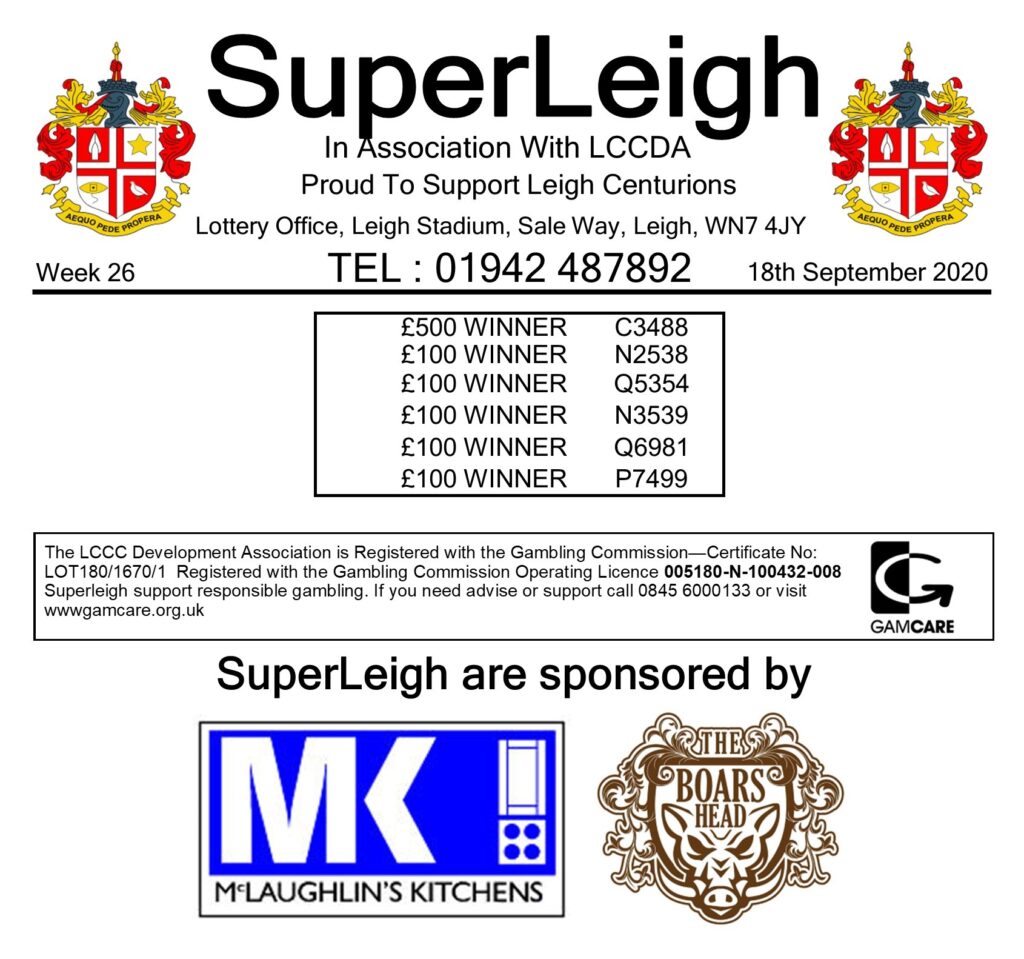