SuperLeigh are proud to announce that Leigh legend and former international Micky Higham has become their new ambassador. Micky joined SuperLeigh Manager and Christine Brown and Assistant Manager Johnny Simpkin today visiting local charity Compassion In Action (CIA) today to donate to their Christmas toy appeal. CIA have been focusing on the needs of vulnerable individuals who may be feeling isolated and socially excluded since it conception in 2006. Their aim is to provide a place where these individuals can come together and join in with activities that will help them to build the skills and confidence to reintegrate back into the community. 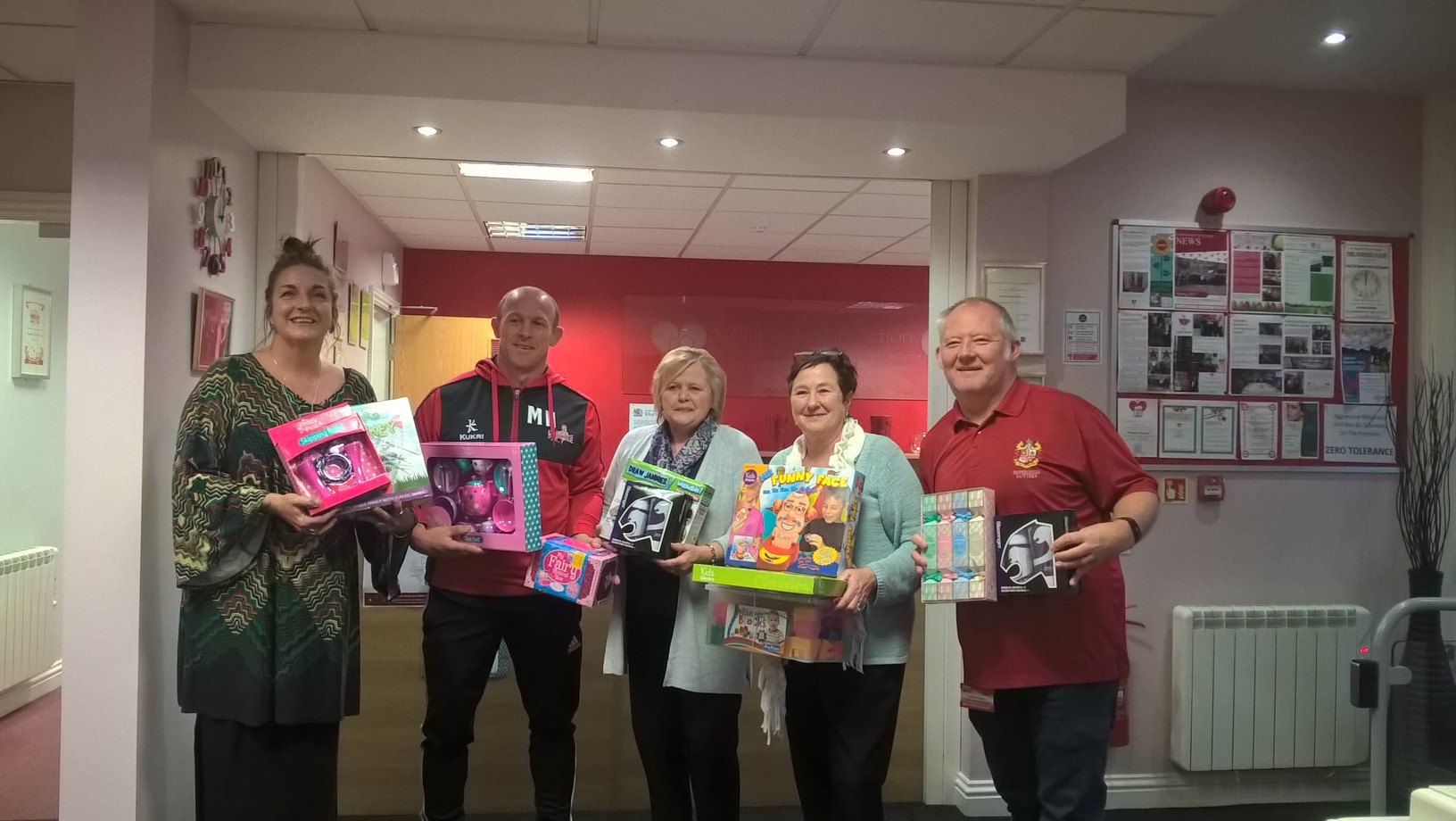 Christine Brown said “We have supported them (CIA) for a few years now and the work they do in our local community is abundant to see. They deal with a kaleidoscope of individuals from young carers to recovering addicts and it’s a pleasure to be involved with them. SuperLeigh are primarily a fund raising arm for Leigh Centurions but we are also focused on giving back to the community, without whom we would cease to be. We asked Micky to come on board as our ambassador and he jumped at the chance.”

Higham added “For me to be associated with SuperLeigh is a huge honour. They where here at the club when I started out on my career and they are still here now and that is testament to the fantastic work they do. Christine invited me to come along and see what Compassion In Action was all about and believe me I have just had my eyes opened! After speaking to founder Pam Gilligan it is clear to me that they are a vital part of this town and the work they do is vital in bringing the people of Leigh together standing shoulder to shoulder regardless of background or ability.”

Anyone wishing to donate a toy or gift to the appeal can do so by dropping off their donation at the ticket office before the 8th December on Monday to Friday between 9am and 4pm or Saturday Between 9am and 12 noon.